With the growing demands of the training course on theory and practice in the field of cinema by Cambodian young film makers, there has been more and more course provided by public organizations and private institutions in Cambodia. In order to accompany with these efforts, the Japan Foundation Asia Center, Phnom Penh Liaison Office (JF)  organized an intensive filmmaking workshop collaboration with Sunflower Organization, in order to share Japanese filmmaking philosophy and experience through Japanese filmmakers.

3 short films based  3 different short novels written by young Cambodian writers under the theme of “after and during COVID-19” were produced by the participants during this workshop.

Born in Sakai, Osaka. Studied in the USA as an exchange student for one year during high school days. While working as a copywriter at an advertising agency McCann Erickson, debuted as a scriptwriter. Write scripts for films, TV/radio dramas, animations, and educational programs.

Born in 1979, Tokyo. Graduate from Nihon University College of Art, Department Cinema. In recent years, he joined the films directed by KOREEDA Hirokazu, such as “The third murder”, “Shoplifters”, and film directed by KARIYAMA Shunsuke “Blue, Painful and Brittle”. In addition to film, he also joined Amazon Prime “Bachelor Japan Series”. Since 2021, he also serves as a part-time lecturer at Nihon University College of Art, Department Cinema.

He expressed the beauty of world, using techniques of documentary film under the theme of “connection between people and people”. He won Japanese Movie Critics Awards with his documentary film “TSUKIJI WONDERLAND” (production and distribution by Shochiku), which was officially shown in 9 film festivals such as San Sebastian and Festival des Films du Monde – Montréal. This set a record in documentary film and attracted attention from home and abroad. He was invited as a guest speaker by Harvard University and The Japan Foundation and has been sharing his experiences around the world.

He started his career in the field of “Film to Video” in 1997. Since 2012, he has been working as freelance colorist and engaged in variety of commercials, films, drama, music videos. He involved with production of “Followers” (Netflix), “The Journalist”(Film), “Not Quite Dead Yet”（Film）etc. 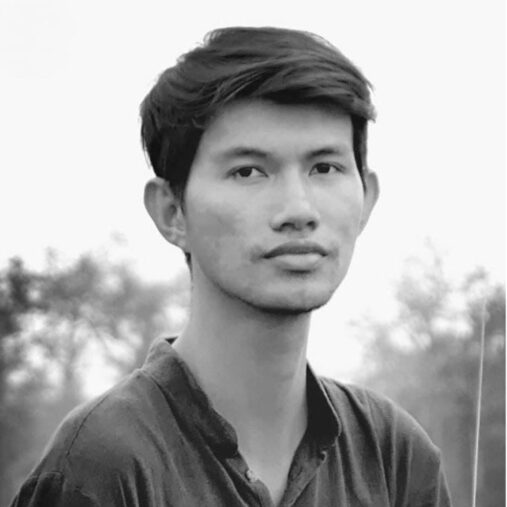 Polen Ly (b. 1989, Kandal, Cambodia) stopped his studies in medicine to pursue his filmmaking path in 2012. He has directed several shorts and documentaries, which explore social issues related to the environment, human rights, including LGBT+ and indigenous experiences. In 2015, his short film COLOURFUL KNOTS won first prize at Tropfest SEA in Malaysia, and in the same year, he was selected to join the International Writing Residency at the University of Iowa in the United States. In 2018, Polen joined the Asian Film Academy in Busan, Korea. In 2021, his documentary short, SIDE BY SIDE, was selected in the Open Doors section at Locarno. His newest short fiction, FURTHER AND FURTHER AWAY, received the SEA-Shorts grant from Singapore International Film Festival in 2020. Polen is now in early production on his first full-length documentary, THE TONGUE OF WATER, which has received funding from IDFA (Netherlands), DMZ Docs (South Korea), and the Sundance Institute (USA). 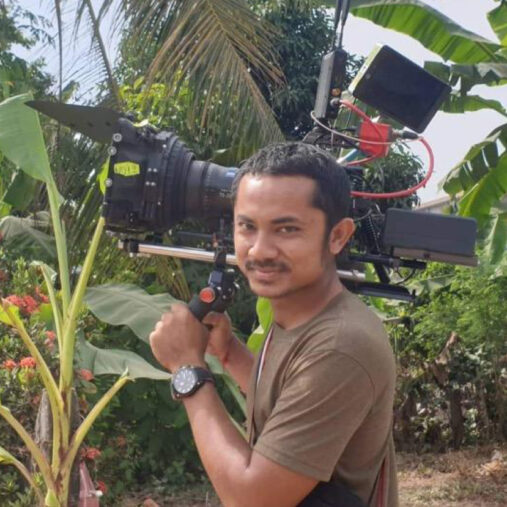 Boroth LONG is a student school of media in PSE Institute (Pure Un Sourire d’Enfant) for 4 year. After graduation he continued to work in PSE for short film and Documentary 1 year. In 2015 he continued to work as cameramen at Studio4 production for 3 year. In 2018 he’s works as a DOP for CTN tv drama at come together production for 0ne year. During 2019 until now he’s works as DOP freelancer:

Mr. Hot Ravy is a film writer/director. He was born in 1990 in Kampong Cham province. After he graduated university, he decided to pursue his passion into the film industry and he keep studying all Film Academy Programs for every possible chance.

He made his first short film Crush in 2013. It’s kind of a romantic comedy short film which won the Audience award of Film Camp. In 2014, he wrote and directed the short film The Ring which won the first prize at the Bayon Short Film Contest. In 2015 he worked for BBC Media Action in a role as assistant director for project Klahan9 within 3 feature films: Departure, Lakhoun, and What IF which give him a lot of experiences in professional and standard film production. He has produced several short film projects for NGOs and for his personal project and his first horror short film “OFF” which was sponsored by One TV Cambodia.

At the end of 2015 he wrote and directed a ten minutes short film “The Last forest” which was produced by Win rock and USAID. In early 2016, he had a great opportunity to work with the Hollywood team for a feature Film FIRST THEY KILL MY FATHER which was produced and directed by Angelina Julie and he was in a role as Production Assistant. It was a good experience to work with the big crews and Hollywood filmmakers during that time.

In November 2016, he was selected to Join FLY Project (Film Leaders Incubator) which is organized by Korea Busan Film Commission and Cambodia Film Commission. He has made a ten minutes short film with 11 candidates from Asian countries. After the FLY project, he also passed the selection and present of Cambodia Filmmaker to join the workshop Film Academy Program in Higashigawa, Japan in the early of 2017.

From 2017 till 2019, he worked as writer / director for local film production to produce TV series and also many commercial TVCs.
In 2020 until Now, he is a founder of Film Talk-Cambodia and Studio which shares stories, experiences, & wisdom from the world of film local and international for the better future Cambodia film industry. 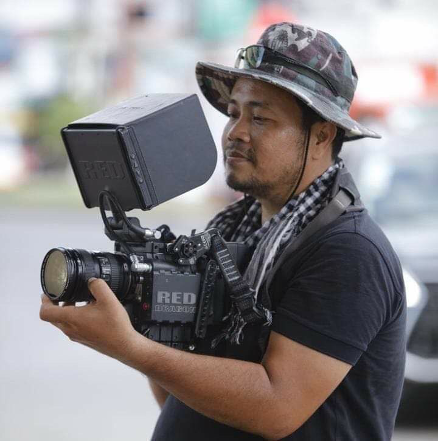 Born in Kampong Cham in 1979, Mr. SONG Sopheakdey graduated from Management’s major for his Bachelor’s Degree. He started his involvement in the film industry in 2000 as the cameraman in Royal and Mountain Production. Ever since, he has been sought after by a wide variety of local and international productions such as Blue Media, BBC Media Action, THOMSON REUTERS, ALJAZEERA, Chanel News (CNA TV) and more. His first feature action movie, Bokator Spirit, completed in 2020, is set to be released in cinemas very soon. Currently, he freelances in various filmmaking skills, especially in video editing.